"Johnson's exquisite book taps into the radical changes that libraries are going through. She blows apart the librarian stereotypes of stiff, prim matrons. Librarians have blogs now, some have extensive tattoos and funky haircuts, but in Johnson's eyes, they are still committed 'intellectual social workers,' educating whoever comes through their doors in the face of brutal budget cuts."

"This is a book for readers who know that words can be wild and dangerous, that uncensored access to information is a right and a privilege, and that the attempt to 'catalog the world in all its complexity' is heroic beyond compare."

A "humorous, unabashed love letter to the men and women who used to toil quietly in stacks but now circulate in cyberspace."

"Johnson makes it clear that she was always a lover of libraries, but that she became inspired to write about them when she was researching her earlier, brilliantly written book on obituary writers. 'With the exception of a few showy eccentrics … the most engaging obit subjects were librarians. I began to get the idea that libraries were where it was happening.' With this joyful and absorbing look into the world of librarians, Johnson has filled a desperately needed gap in our understanding."

"...pays homage to a profession undergoing a mind-boggling transformation."

"A stirring defense of the role of librarians in our Internet Age."

"Librarians have a champion in Johnson, yet her clear bias takes nothing away from the book, partly because she builds a solid case for their existence."

"Ms. Johnson's enthusiasm for libraries and the people who work in them is refreshingly evident throughout the book. A good observer with a keen eye for detail, Ms. Johnson succeeds in making us like librarians."

"Fascinating...Johnson writes best when she's meandering and browsing, in the manner of a woozy reader exploring the stacks. In her most absorbing passages, I felt as if I were back in the children's library, scrutinizing a volume of the World Book Encyclopedia, where the entry on 'pachyderm' sat near the disquisition on 'pachysandra,' a kind of ground cover. Johnson's book carries the same kind of associative magic. Rather than taking us on a brisk, orderly march, she lets us ride on the swaying back of an elephant, glimpsing treasures glimmering through the fronds of pachysandra." 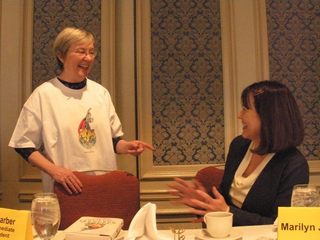 "...topical, witty... Johnson's wry report is a must-read for anyone who's used a library in the past quarter century."

"Librarians and archivists, in all their eccentric, tech-savvy, and service-oriented glory, are celebrated in this highly complimentary and lively survey of their professions and this spirited book will be enjoyed by all who love libraries, or are poised to discover their value."

"Just in time to lift the dispirited, a forthcoming book by a nonlibrarian captures the breathtaking transformations in the field in recent years and those responsible for them....kaleidoscopic."

"Johnson's paean to this new generation of librarians demolishes superannuated myths and stereotypes of fusty librarian, and replaces that with a vision of the profession's future where librarians serve as guardians and guides to information in cyberspace. If that's not high calling enough, librarians stand tall as superhero sentinels bravely beating back every assault on civil liberties and Constitutional government."

"Gloriously geeky...Energetic, winningly acerbic and downright fun, This Book is Overdue will leave you convinced that librarians really can save the world."

"Johnson should be the keynote speaker at just about every library related conference and then hired to work for each of those organizations as their marketing director."
--Resource Shelf

"Johnson has made her way to the secret underbelly of librarianship, and the result is both amazing and delightful. Savvy, brave, hip, brilliant, these are not your childhood librarians. And who better to tell their stories than the sly, wise Marilyn Johnson."

Johnson does for the library profession what Malcolm Gladwell did for the theory of memetics in The Tipping Point."

"Marilyn Johnson's marvelous book about the vital importance of librarians in the cyber-age is the very opposite of a "Shhhhh!" It's a very loud "Hooray!" ever so timely and altogether deserved. Move over, Google-- make way for the indispensable and all-knowing lady behind the desk."

"To those who have imagined a dalliance with a librarian -- and there are millions of us -- Marilyn Johnson's new book, chocked as it is full of strange, compelling stories, offers insight into the wildness behind the orderly facade of the humans who are at the controls of our information." - 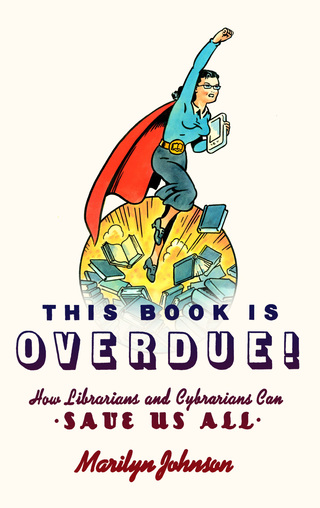 Buy This Book Is Overdue! 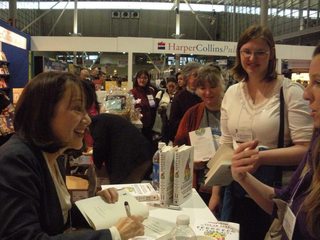 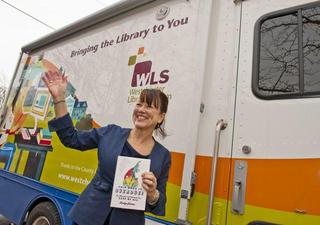